This hysterically funny play by one of Europe's most admired playwrights is receiving its Australian premiere at Holden Street Theatres.

“Once more, Red Phoenix has lived up to its high reputation for quality theatre” BroadwayWorld

In a fictional country, the dictator Olah has been overthrown to finally institute a democracy. However, the Prime Minister’s advisors have become concerned that the Prime Minister won’t be strong enough to resist if Olah returns. So they form a fake conspiracy to overthrow the government, hoping that a stronger military, more censorship, and the torture of a political prisoner will help preserve their democratic ideals.

Production history
This play was the first Havel wrote after the Czech government banned his work was, and it took him five years to complete. It was handed off in a bathroom and smuggled from the country, eventually to be performed at Theater der Stadt in Baden-Baden, Germany.

Laugh out loud comedy with an occasional whipping, no really...

Adrian has had a long, varied career in the performing arts; after training at the Bristol Old Vic Theatre School in the UK, Adrian had a successful career in the West End, appearing in such classics as West Side Story, Kiss Me, Kate and Hello Dolly, as well as working with some of the UK’s renowned repertory theatre companies. Adrian has directed many plays and musicals; he directed the award-winning play The Day The Sky Turned Black, which played to great critical acclaim at the Adelaide, Edinburgh, New York, Sydney and Perth Fringe Festivals. Recently, Adrian directed a series of Murder Mysteries at the Zenith Theatre in Chatswood, Sydney, and was Associate Director/Producer on the 60th Anniversary Australian Tour of The Mousetrap, and directed The Mata Hari Project for the 2015 Adelaide Fringe Festival. Adrian has recently directed the award winning production of Chicago for Emma Knights Productions, and can be seen on stage in November in The Conspirators for Red Phoenix Productions and in the 2018 open-air production of School for Scandal in award winning South Australian gardens for Blue Sky Productions. Since arriving in Australia to live in 1981, Adrian has appeared regularly on Australian TV, in the occasional film and many plays and musicals including: Thank God He Met Lizzie with Cate Blanchette and Richard Roxburgh, The Pirates of Penzance – The Broadway Version, Simon Gallagher’s famous ‘Pirates’ Tour, and Seven Little Australians: the Musical. Adrian has coached and taught actors in Australia and overseas over the last 25 years in such renowned establishments as Actors Centre Australia, Ballarat Academy of the Performing Arts, Toi Whaakari New Zealand Drama School, Weston College UK, and AC Arts, Adelaide. He has also coached actors in his private studio practice in Australia and has held workshops for actors in New York and Los Angeles.

BRANT EUSTICE has worked in and around the theatre since the early 1980s. For State Theatre Company of South Australia plays have included Sex Diary of an Infidel, Carrying Light, Lion Pig Lion, and God of Carnage. He also performed as Sergeant Ross in the joint STCSA and Sydney Theatre Company 20th anniversary production of David Williamson’s The Removalists. Brant regularly reads poems for Radio National. He most recently appeared as Titus in Red Phoenix Theatre’s production of Titus Andronicus. Other recent productions include Bracken Moor for Independent Theatre, and Holy Day the Theatre Guild. He has received two Adelaide Critics Circle Awards for directing Shakespeare’s Julius Caesar, and acting in Oleanna by David Mamet for the Theatre Guild. Brant co-wrote (with Andy Packer) Slingsby Theatre Company’s show, The Mouse, the Bird and the Sausage.

Libby has been involved in theatre as long as she can remember – from an audience perspective! An avid theatregoer Libby has attended productions in several countries but mainly Australia and the UK. She has seen performances by many of the great actors of our time including Michael Gambon, Judi Dench, John Hurt, Steven Berkoff, Maggie Smith, Kenneth Branagh, Patrick Stewart, Fiona Shaw, Toby Stephens, Helen Mirren, Ian MeKellan, Samantha Bond, Iain Glenn, Wendy Hiller, Michael Sheen, Alan Bates and Felicity Kendall, to name but a few. As an appreciator of all aspects of theatre she once selected a play in London based purely on the lighting designer. In 2013 Libby got out of her audience seat and became Assistant Director to Michael Eustice for the Adelaide Rep’s production of Neville’s Island. She will be Assistant Director for the upcoming Red Phoenix Theatre and Butterfly Theatre production of Titus Andronicus.

Martha started acting when she was eight years old. She studied at Drama Centre London and returned to Australia where she worked in Sydney and Adelaide. She founded and runs Holden Street Theatres. She is an award winning Director, Producer and Actress as well as a published playwright but her heart in still in Acting. Some of her favourite experiences were King Lear, Death of A Salesman, Trojan Women (State Theatre Co SA), Anzac Girls, The Lost Tools of Henry Hole, Changed Forever and the remake of Storm Boy, creating and performing in Shakespeare For Kids over the last four years and her time on air with the ABC Radio. Her producing endeavors have resulted in multiple awards during the Adelaide Fringe and Holden Street Theatres being recognised Gloably.

MICHAEL EUSTICE graduated with an MA in Theatre Studies from the University of London in 1994 and, after 20 years managing sales and services centres for large financial institutions in Australia and the UK, finally succumbed to passion and created Red Phoenix Theatre. He has directed and performed in numerous productions for a variety of companies but like so many other Adelaidian theatre practitioners of his vintage began his theatrical journey with the legendary Bunyip Children’s Theatre where he played the roles of many different animals and occasionally a human. He recently directed the award nominated and sellout season of Titus Andronicus and the critically acclaimed production of David Williamson’s Don Parties On for Red Phoenix. Other notable directing credits include the award nominated Neville’s Island for Adelaide Rep and a sellout season of Macbeth for the Theatre Guild.

Richard has been fascinated by light since the late 60’s and was involved in the Melbourne amateur Theatre scene, learning lighting by asking questions and watching the mistakes of others. He gained his Electricians license and worked for Melbourne Theatre Company, operating the board at Russell Street Theatre for a short time. He then accepted a role at Channel 10 studios in Melbourne; quickly rising to become a Senior Lighting Director designing lighting for Young Talent Time and the Soap/Drama Prisoner among other shows. After moving to Adelaide and working for what was then Channel 7 for a number of years, Richard went freelance as a Gaffer. Lately Richard has returned to theatre and now works as a ‘House Tech’ at the Arts Theatre. Richard also designs lighting for amateur theatre including companies such as The Adelaide Rep, Therry and the University of Adelaide Theatre Guild. Richard has designed several productions this year; highlights being The Return for The Guild and The Lion in Winter for Therry. After more than 45 years, Richard is still fascinated by light and passionate about Theatre.

Ruby’s theatrical journey began when she joined The Bunyip Children’s Theatre at 8 years of age and performed in multiple productions. She has acted with many other theatre groups over the years including The Westenders, the University of Adelaide Theatre Guild, and State Youth Operas. Ruby’s driving passion over the last 20 years have been as a singer/songwriter performing with many bands including jazz quartet Kaliope, The Milk, and more recently her duo The Rubytones. Ruby is kept extremely busy with her three older children who are all involved in music and the arts, and her twin seven year olds who appear to be heading in the same direction.

Tony Busch has been in theatre since training as a child actor in Melbourne. Favourite roles include King George in “The Madness of George III”, Lenny in “Rumours”, Sir Peter Teazel in “School for Scandal” and Harry in “Home”; Mathew Harrison Brady in the Rep’s Centenary production, “Inherit the Wind”, and the sadistic Officer Berriman, in the Fringe hit “Everynight, everynight”; Arthur Kipps in “The Woman in Black”, Detective Tupolski in “The Pillowman, Peter Ravenswaal in “Wrong Turn at Lungfish “Leonato in “Much Ado About Nothing” and Carr Gomm in “The Elephant Man”, winning multiple Critics Circle, Curtain Call and TASA awards along the way. This year he played Gerry in the acclaimed “Forget Me Not” for Stirling Players, which won the Curtain Call Award for Best Drama, and Attorney General Cole in Red Phoenix’s “The White House Murder Case”.

Will be posted during the season 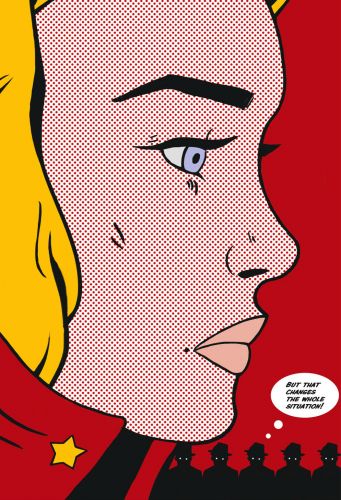