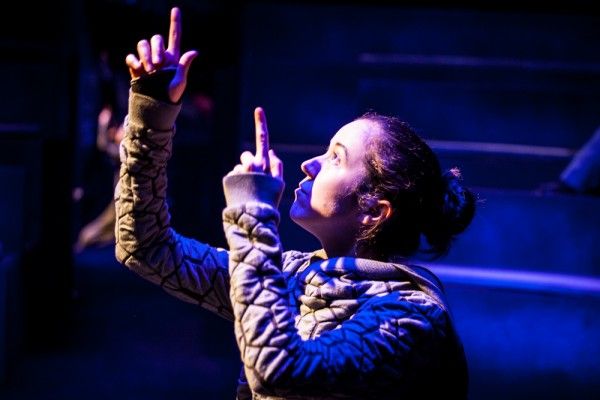 For those who don’t feel like they’re in the right life, on-line is a place to be yourself.

“Happiness. Aching, constant, consuming - on there it's more real than real life. I’m honest on there. I’m being honest.”

Out in the real world though, things can be very different. A story of first love through the eyes of a gender curious teen Scorch examines how the human story often gets lost amidst the headlines.

Directed by Prime Cut’s Artistic Director Emma Jordan, the play delves into the life of a young teenager who finds that online is a place where she can truly be herself and find love.

Scorch gained international recognition after it won the Irish Times Theatre Award for Best New Play of 2015 and Best Theatre Script at the Writers’ Guild of Ireland ZeBBie Awards 2016 going on to win a Fringe First, the Holden Street Theatres Edinburgh Fringe Award and the Summerhall Venue Best Actor Award after a month long run as part of the Roundabout Season at the Edinburgh Fringe.

Scorch confronts ideological norms which have for so long shaped society’s understanding and beliefs. Actor Amy McAllister portrays a troubled teenage girl who is struggling to find herself and her identity and who’s new and first ever relationship leads to devastating effects both legally and personally.

“Happiness. Aching, constant, consuming - on “there” it's more real than real life. I’m honest on there. I’m being honest.”

★★★★★ "An intelligent, brilliantly acted, sensitively produced piece of essential theatre. Do not miss it." Entewrtainment Hive

★★★★★ "McAllister gives an intense, high-energy performance. She is compelling and so is the play. Not surprising it has been winning awards all over the place." Barefoot Review

★★★★★ "I would recommend that anyone who avails themselves of this experience will not be disappointed." Adelaide Theatre Guide

★★★★1/2 "McAllister produces a vibrant and compelling account of these developing and confusing years..." Kryztoff.com

"If you see nothing else this fringe make sure you see this." Stage Whispers

"Scorch, by Belfast writer Stacey Gregg, and vibrantly performed in the round by Amy McAllister, is a revealing, sometimes confronting depiction of Kes, a teenage girl undergoing a gender transition. Gregg’s narrative swirls with hip hop cadences, social media namechecks and Irish patois, as Kes (named for the Ken Loach film about a boy and a kestrel) finds a soulmate and falls disastrously into legal peril in the innocent pursuit of love. “I flew too close to a star,” Kes says, and the audience feels the heat." The Austrlian

Emma Jordan says, ‘I am hugely excited to be directing Scorch again. Stacey Gregg is one of the most important playwrights in Northern Ireland and this play really illuminates the experience of a young person who is in flux facing challenging issues of self-realisation.This is an important play by an important Northern Irish playwright and audiences will experience something pretty special’.

Stacy Gregg is a local Belfast born writer/performer for stage and screen. Her work includes Shibboleth (Peacock Theatre) Perve (BBC Radio Drama Award winner 2012) and Cows Go Boom (for the Abbey’s 20:LOVE season). Her first play Ismene was shortlisted for the Royal Court Young Writers Festival. She has been on commission with the BBC, and is currently on commission with the Royal Court, developing work on inequality, with support from the National Theatre Studio. Television work includes Raw (RTÉ), Spoof or Die (Channel Four) and The Frankenstein Chronicles (Rainmark).

Based in Belfast, Northern Ireland and formed in 1992, Prime Cut Productions is at the forefront of contemporary international theatre across the island of Ireland. With over 30 Irish and Northern Irish premieres to their name, Prime Cut has a reputation for producing award-winning, critically acclaimed professional theatre that challenges, provokes, inspires, entertains and enthrals. 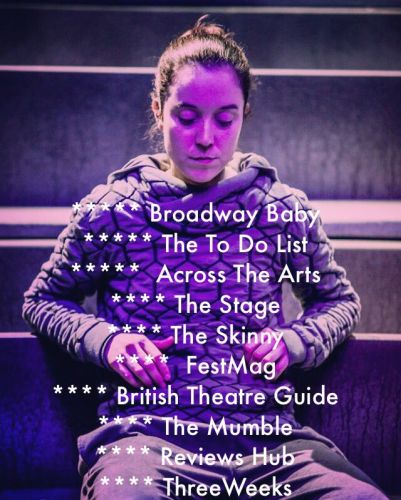 On "there" it's more real than real life.

I'm honest on there.

Out in the real world though, things can be very different. 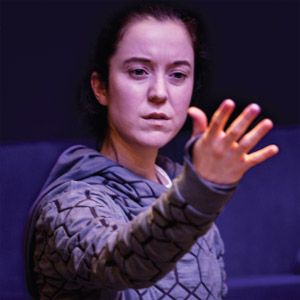 Social Change Guide to the Fringe

Scorch is also featured in the Social Change Guide published by the Dunstan Foundation. A great new initiative from the University of Adelaide.