ONCE WERE PIRATES by Emilie Collyer 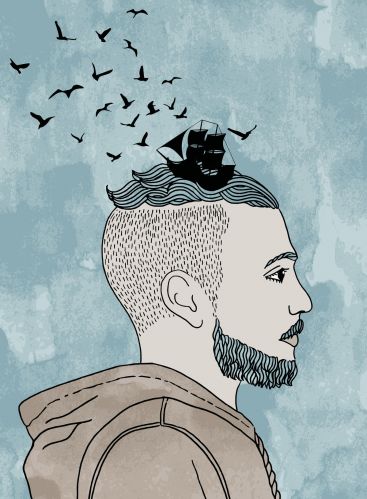 The winners of the Holden street Theatres' Adelaide Fringe Award 2016 are off to Edinburgh with their new show Once Were Pirates.

Supported by Arts South Australia - Made In Adelaide

Following critically acclaimed seasons at The Adelaide and Edinburgh Fringe, 2016 with their production of DROPPED Australia’s Gobsmacked Theatre Company return to The Pleasance with the darkly comic and poignant Australian play, ONCE WERE PIRATES.

ONCE WERE PIRATES investigates contemporary masculinity and in particular how young men navigate a complex and dangerous world without a unifying code of values to guide them.

Shane and Gareth are Pirates who have somehow been marooned in the present. They soon learn that this world is vastly different from the world they have come from – it is infinitely more confusing and frightening. As Shane says, ‘this world is a nightmare. People fueled by self- pity and entitlement with no moral code. The wealthy - a master race apart. It’s dusk in the second age of reason.’ And as Gareth says ‘We can’t stay here. There’s nothing we can do to stop it. The mass exodus, the drownings and tragedies and killings…children... Everything! The world.’

How will they survive – how will we all survive?

ONCE WERE PIRATES features two of Adelaide’s finest young male actors Joshua Mensch and Kyron Weetra and is directed/produced by David McVicar.

“DROPPED is a play that will sit with you long after the house lights have come up.” 4 stars – British Theatre Guide

TICKETS FOR FUNDRAISERS ONLY AVAILABLE AT THE DOOR ON THE NIGHT

Spread the word across the world and support local theatre travel.

Tickets: £6.50 - £11 www.pleasance.co.uk and The Pleasance Box Office during the Fringe.