The Absolutely Bestest Kids Show to Ever Happen, SERIOUSLY!

From the award-winning team that brought you the Game On series, Grossed Out Game Show, Grounded, and Grandma's Going to Kill Us, comes Last Dodo Entertainment's biggest show yet!

The Absolutely Bestest Kids Show to Ever Happen, SERIOUSLY!
sees the Nitwits (Matty and his imaginary friend Teddly Bear) having their funniest time on the stage yet. After being Grounded and surviving Grandma's Going to Kill Us, the duo have had to go and get a job. What better job than ushers at the circus!

The audience is welcomed to their chairs by our two larger-than-life characters and the show begins! Only one problem - what happens when all the acts are stuck in traffic and no one is there to do the show?

Watch as these two colourful characters rebuild the show themselves with hilarious results! 2 clowns, one captive audience, and someone ordered a dinosaur - what could possible go wrong? 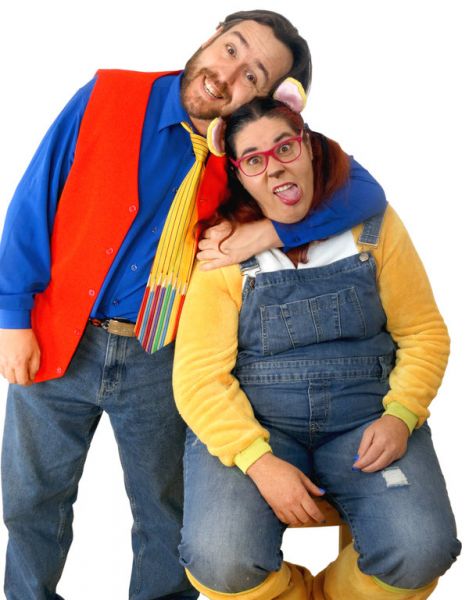 "Possibly the best time a kid could ever have in a theatre." - The Barefoot Review

"4 stars... A heck of a way to spend an hour, and there's plenty here to keep the adults more than entertained." - The Advertiser

"5 stars... Game On 2.0 is a multi-generational entertainment adventure that will resonate with both children and adults alike...must-see show" - HiFi Way

"This could just be the funniest show on earth." - Melbourne Observer

"It was fantastic!" - Stage Whispers

"4 stars... will have you sticking your hand up to get stuck in" - Broadway Baby

"A show filled with laughs, chaos, high energy and audience participation... You are gauranteed laughs and loads of fun." - Alphabet Street

The Absolutely Bestest Kids Show to Ever Happen SERIOUSLY!