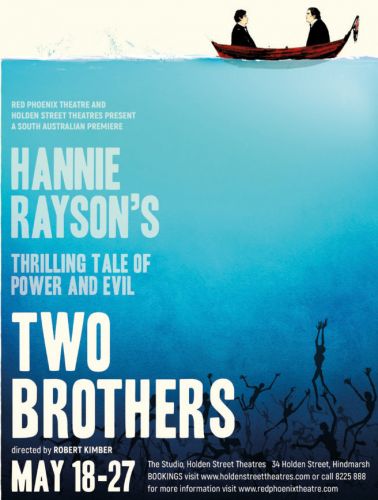 The Benedict brothers are on opposite sides of the political divide. Eggs is the Minister for Home Security and prime minister-in-waiting. Tom is a refugee advocate and the head of a charitable foundation. The brothers have a relationship based on affection and respect. And in the jumble of family life they have managed to accommodate their ideological differences.

But on Christmas Day an Indonesian fishing boat packed with refugees goes down in the Indian Ocean. Two hundred and fifty people drown, and one man survives. What happens when two powerful, passionate and socially-committed brothers encounter deadly conflict?

(click on the publication to read the full review)

"This is a moving, disturbing, thought-provoking piece of theatre. A not to be missed work presented by outstanding actors and directed with intelligence and creativity." Stage Whispers

"There’s a lot more to this political thriller than a tale of two quibbling siblings... Director Robert Kimber has cast this piece well, and his vision for its style aids the storytelling... The pity is that its message is still necessary and relevant, 12 years on." Glam Adelaide

"The story is engaging, with ever-increasing stakes and tension as it raises questions about just how far people will go to secure power. The social issues regarding refugees and human rights remain significant." Indaily

"This is what theatre is all about." The Barefoot Review

"The scariest thing about “Two Brothers” is that it feels plausible." Adelaide Theatre Guide

"Two Brothers must be amongst the best. " TASA 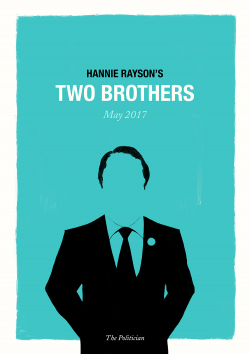