The Suicide By Nikolai Erdman
Translated by Peter Tegel 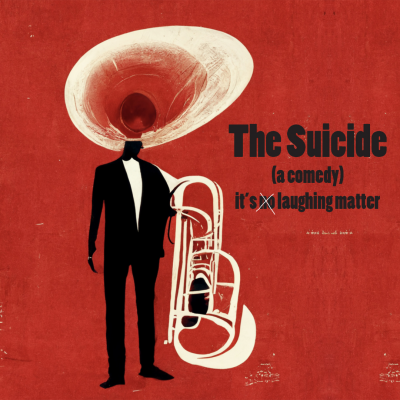 The Suicide is a satirical Russian comedy written in 1924 that was banned by Stalin. The playwright, Nikolai Erdman, was sent to a Siberian work camp for 20 years and the play was never performed in his lifetime. Britain’s longest serving theatre critic, Michael Billington includes it in his collection of “The 101 Greatest Plays”.

Although riotously funny, Erdman’s play shows the planned suicide of its jobless hero, Semyon, mercilessly exploited by the intelligentsia, business, the church, and anyone who wishes to protest again society and advance their individual agenda.

Suicide, you may think, is no joke, but Erdman’s comedy remains a testament to the survival instinct of the individual in the face of crushing external and social forces.

When you consider the times in which it was written, the audacity is breathtaking. The play continues to outlive its time in history. It celebrates the will to love, it argues for the right to work, and is filled with wonderful, wild and madcap humour.

Buy Tickets for The Suicide

HST is incredibly excited to present a safe and secure experience at the theatre. To ensure public safety we encourage social distancing and good hygiene practices. As and when restrictions are implemented by SA Health we will follow those guidelines. Only attend the event if you are feeling well, and If you have any COVID-19 symptoms please ensure you appropriate measures until you recover.