AFGHANISTAN IS NOT FUNNY by Henry Naylor

Soon after 9/11, researching a comedy project, multi award-winning playwright Henry Naylor and photographer Sam Maynard landed in the Afghan Warzone. What followed was extraordinary: threatened by a war criminal, captured by the Mujhadeen, and targeted by Al-Qaeda. Now, as the Taliban return, Naylor asks what has been lost in the ruins of Kabul.

Buy Tickets for AFGHANISTAN IS NOT FUNNY by Henry Naylor 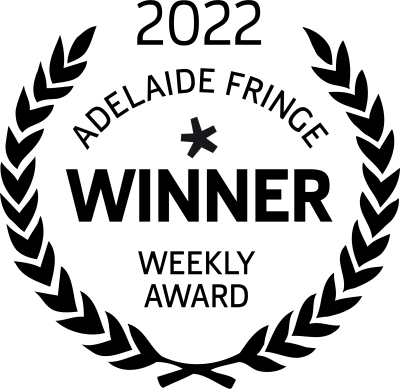 Praise for AFGHANISTAN IS NOT FUNNY by Henry Naylor

★★★★★ "This is a great show full of laughs, drama and pathos" - The Advertiser

★★★★★ "Afghanistan is Not Funny is funny, at times, and always deeply moving. It is a triumph and not to be missed." - Barefoot Review, Kym Claton

★★★★★ "If you haven’t yet seen a Henry Naylor play in the Fringe, you can’t be interested in theatre... Bravo!" - Barefoot Review, David Grybowski

★★★★★"Henry Naylor is the master of the dramatic miniature... Naylor takes his narrative into more rigorous reflection and, despite the wit and personable comedy in this performance, its heft is towards conscience and engagement." - InDaily

★★★★★"Naylor has a considerable presence on stage and his story of these times is as fascinating as it is breathtaking... Simply riveting!" - Global Media Post

★★★★★ "superb theatre... He tells the story of a hopeless war with compassion, empathy and some humour." - Glam Adelaide

★★★★★"If you only see one Fringe show this year, make it Afghanistan is Not Funny." - EVENTalaide

★★★★★"this really is essential viewing this Festival season"- The Clothesline

★★★★★ "The tension, risk and danger involved is palpable in Naylor’s captivating performance, under the astute directorial guidance of Martha Lott."- Stage Whispers

★★★★★ "A true highlight in troublesome times and a truncated Fringe." - Kryztoff RAW

★★★★★ "Delivers a taste of war without using humour as anything more than a spice." - The University of Adelaide

★★★★ "Like all the other plays I have seen of Henry’s, Afghanistan is Not Funny was just as fantastic. He is a serious, skilful and clever writer" - HI-FI Way

★★★★ "It’s also dramatic, provocative and on occasions delivers a punch to the solar plexus."-All About Entertainment

"Henry Naylor is a consummate story teller, holding the audience between laughter and tears, in the palm of his hand." - 5MBS

"For any audience member who is fortunate enough to see Afghanistan is Not Funny, like Naylor they will also be changed forever." - Canberra Critics' Circle

Praise for Henry Naylor's Past Shows

★★★★ "Naylor has won widespread recognition on the Fringe for his well-justified obsession with the catastrophic conflicts that have spread across Iraq, Syria, Yemen and beyond" - The Scotsman, UK

"Naylor seems to have taken the mantle of writers like Anthol Fugard: to make theatre by telling the stories that matter" - DCTheatreScene.com

★★★★ "A riveting exploration of identity, idealism and heroism" - The Sunday Times, UK

"One of our best new writers" - Ann Treneman, Times

Henry Naylor is a multi-award-winning UK playwright who has been described by British critics as ‘one of our best new playwrights’ (Ann Treneman, The Times), ‘the Fringe’s unofficial star writer-in-residence’ (Mark Lawson, New Statesman), and ‘one of the most thought-provoking playwrights of our times’ (Ayesha Hazarika, The Spectator).

In the past 5 years his plays have won, or been nominated for 39 international awards, including Norway’s Heddaprisen, and one of France’s most prestigious awards for the arts, the Globes De Cristal.

In 2016, he joined J.K. Rowling in having written one of the Times' 10 Best Plays Of The Year (for Angel). He is one of only a handful of writers to have won the Fringe First three times, and has won four of the top five Fringe awards at the Edinburgh Fringe, including the Carol Tambor Best of Edinburgh Award (which placed Borders first out of 3,800 shows). The one he hasn’t won - the Amnesty International Freedom of Expression Award – he’s been nominated for three times.

Four of his plays have had month long runs off-Broadway, and in 2017 alone there were over 300 public performances of his work, over five continents. His work has been translated into eleven languages, and four of his plays have been published by Nick Hern Books. Overseas critics have compared his work favorably with Hemingway, Dickens and Athol Fugard.

At the Adelaide Fringe, he has won, or been nominated for, 17 awards. Among them, he has claimed theOverall Critics’ Circle Award three times, (for Angel, Borders and Games), Overall Best Theatre(Echoes), and 9 Weekly Awards.

Before becoming a playwright, Naylor had a long career as both a performer and writer for TV and radio. He wrote for leading British comedy shows Smith & Jones, Lenny Henry, Alistair MacGowan, Headcases and Dead Ringers - and was even a lead writer for legendary satirical puppet show Spitting Image. As a performer, he shared a successful double-act with Andy Parsons; together the duo hosted nine series of their own show Parsons & Naylor’s Pull-Out Sections on Europe’s largest radio station, BBC Radio 2, garnering some of the highest ratings for a radio comedy in the Noughties.

Martha started acting when she was eight years old. She studied at Drama Centre London and returned to Australia where she worked in Sydney and Adelaide. She founded and runs Holden Street Theatres. She is an award winning Director, Producer and Actress as well as a published playwright but her heart in still in Acting. Some of her favourite experiences were King Lear, Death of A Salesman, Trojan Women (State Theatre Co SA), Anzac Girls, The Lost Tools of Henry Hole, Changed Forever and the remake of Storm Boy, creating and performing in Shakespeare For Kids over four years and her time on air with the ABC Radio. Her producing endeavors have resulted in multiple awards during the Adelaide Fringe and Holden Street Theatres being recognised globally. Her performance in Grounded at the 2019 and 2020 Adelaide Fringe won a weekly Adelaide Critics' Circle Award, the Graham F. Smith Peace Foundation Prize, the Sunday Mail Best Female Solo Show and the Advertiser Art Imitates Life Award.

AFGHANISTAN IS NOT FUNNY
by Henry Naylor

AFGHANISTAN IS NOT FUNNY by Henry Naylor