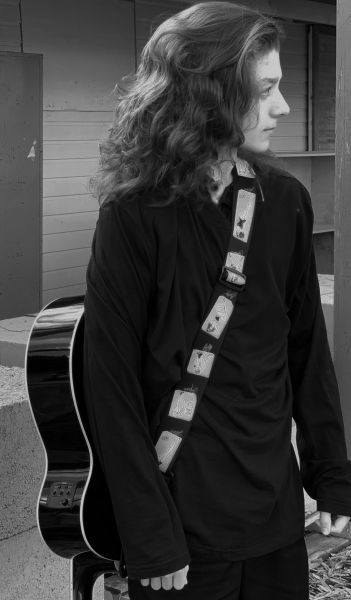 Antipodean - (n) the direct opposite of something. Antipodal points are as far away from each other as possible. A young man steps off the bus hoping to find something and leaves something behind. A journey of necessity on a treadmill of catchphrases scrawled on retro postcards.

An exciting debut by Dr. Forced Productions with Myles & Miles.

Dr. Forced is an ensemble of year 12 students from Naracoorte High, with a range of acting styles under their belts including absurdist, physical theatre, magical realism and melodrama. Their previous productions are Dags, Rhinoceros, The Sneeze, and Footsteps Around the Campfire, developed in conjunction with Inspire SA and Heaps Good Productions. Myles & Miles are a duology of Myles Higgs and Nathan Miles. They have collaborated together for 5 years on several community and school projects. Their breakout original production, Law Without Order, was presented at Adelaide Fringe 2019 with Exploding Kite Productions.

Berlinda Carroll is a Drama teacher with a long history in performance. She aims to give her students real opportunities to work professionally in the performing arts.

If you love Antipodean Postcards, we recommend...