A Little Bit of Pain Never Hurt Anyone

A new play about the fear of making the same mistakes your parents did.

In a sandpit somewhere in the suburbs, an eight-year-old boy named Jess disrupts Billy as she plays with her toy anglerfish. Over the next two decades, the two become friends, then lovers, as they try to navigate an Australia where boys are meant to be boys and girls are meant to do all the crying for them.

This new work by Ballarat playwright Brendan McDougall is about the loss of innocence and what that does to kids struggling with what it means to be a woman, a man or a parent. Hopeful and tragic in equal measure, this play combines the weird worlds of Lally Katz with the theatrical inventiveness of Caryl Churchill. It will move anyone who has ever felt trapped by the way young Australian men and women are instructed on how to love themselves and others.

After a sold out run at Melbourne’s Butterfly Club, Periscope Productions brings its heartbreaking interrogation of the joy and terror of being both a child and a parent to Holden St. This two-decade love story captured in 55 minutes is not to be missed.

Periscope Productions is an independent Melbourne theatre company who specialise in bringing the absurd into the every day, having spent the last few years making tiny shows (Botho Strauss' 'Time in the Room', Harold Pinter's 'A Kind of Alaska' and Caryl Churchill's 'A Number') in Airbnb apartments across Melbourne. After training at NIDA and VCA respectively, Periscope's co-founders Ben Sheen and Brendan McDougall have teamed up as director and writer to make this new Australian work.

Praise for A Little Bit of Pain Never Hurt Anyone

★★★★ 1/2 '50 minutes of sheer delight...From the puppetry scene to the finale this reviewer was spellbound.' - Adelaide Theatre Guide

'It is perfect' - Stage Whispers

'It’s a really great piece of theatre from an emerging company who deserve support and encouragement from the industry.
I left this play wanting to hug my children and hoping it wasn’t too late to right the wrongs I’ve already committed as a parent, and also comforted that the insanity I felt as a teenager, adult and now as parent is normal.
A brilliant and, at times disturbing look at how one generation impacts the next. Keep with it you’ll understand more about the work as the play goes on.'

"A surreal look at gender and how childhood shapes our adult perceptions for better and worse, this is a gem. It's sharp without being heartless, and beautifully performed. Small, but perfectly formed."
Alison Croggon

“Witty and refreshingly modern...Be sure not to miss it”
Morgan Begg 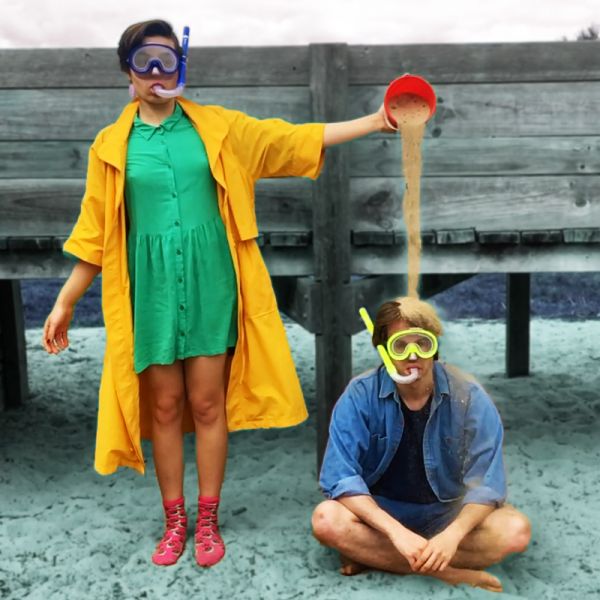