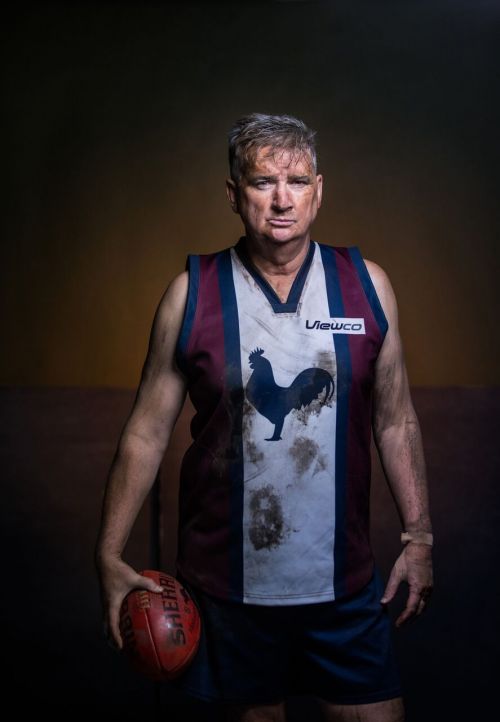 "★★★★★ - Do the Roosters win the Grand Final? Go see for yourself. Double bravo for writing and performing!" - The Barefoot Review

The dysfunctional Bodgy Creek Roosters Footy Club is in trouble & will either have to fold or merge with their arch rivals - the Hudson’s Flat Cougars. But prodigal son coach Troy Carrington has other ideas; to save the club he embarks on a programme to recruit refugees & unwittingly takes the community on a journey of change.

Read More about Damian Callinan: The Merger at Adelaide Fringe

"What's On - Opening Week Shows to Check Out" - InDaily

Accolades for Damian Callinan: The Merger (Film and Theatre)

Screened in more than a dozen countries at the Global Migration Film Festival (Nov/Dec 2018) including Nigeria, UK, Romania, Canada and Egypt.

Reviews for Damian Callinan: The Merger

"★★★★ ½ - The Merger is the kind of theatre that makes my life as a theatre-goer worth living. It's a well-crafted play, hilarious and gutsy, charming and dangerous, provocative and subversive" - ArtsHub

"★★★★ ½ - Callinan is one of Australia's most talented character actors. The way he makes an easy and totally believable switch between wildly diverging characters is testament to his skills" - The West Australian

"★★★★ - He is a sharp comic performer and raconteur. What is surprising is the nimbleness and nuance in his characters. All the focus is on Callinan and he holds it expertly" - Sydney Morning Herald