A Gambler's Guide to Dying

What are the odds on living an extraordinary life? A Gambler's Guide to Dying (Scotland) is an award winning story of one boy's granddad who won a fortune betting on the 1966 football World Cup and, when diagnosed with cancer, gambled it all on living to see the year 2000.

Written and performed by Gary McNair and directed by Gareth Nicholls. A Gambler’s Guide to Dying is an extraordinary inter-generational tale of what we live for and what we leave behind.

A Gambler's Guide to Dying is one of two Holden Street Theatre's Edinburgh Award Winners for 2015 and also collected the Scotsman's Fringe First Award playing to a sell-out - Edinburgh season and delighting audiences of all generations.

"McNair is a consummate storyteller and the audience is quickly engaged in the narrative, following the ups and downs of Archie Campbell and Gary. The twists and turns, and the odd quirky character, give him plenty of fuel for a rich narrative and he brings it all together into a riveting performance that you should see this Fringe." - Broadway World

"For me one of the most special parts of this production (which I’m sure will have a long life) is that it accurately and quite beautifully talks about the male condition, the bonds between older and younger and a magical relationships that can be within family units." - Aussie Theatre

★★★★ “Odds are, audiences who secure a ticket will feel as though they’ve hit the jackpot… Gary McNair shines in this beautifully written show” - The Guardian UK

★★★★ “McNair is a truly impressive performer, charismatic, relaxed and fascinating to watch” - The Scotsman UK

★★★★★ “A celebration of the act of storytelling” – Edinburgh Festival

Gary McNair is a writer, performer and director from Glasgow, Scotland. His specialty is work that directly addresses his audiences, while entertaining and challenging them in equal measures.

His previous shows have included: Donald Robertson is Not a Stand Up Comedian (Traverse 2014) that saw McNair perform to sold out audiences. The Show was the Winner of the Edinburgh Art Club/Edinburgh Guide Flying Artichoke Award .

In recent years he has created work for National Theatre of Scotland, Oran Mor, The Citizens, The Arches, Trigger, The Traverse, has toured across the UK and had work translated and presented work across the world. 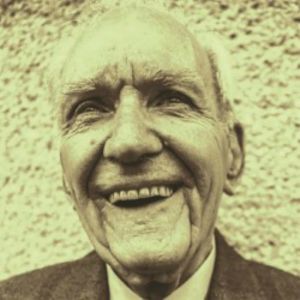