The Orchid and the Crow

Fresh from critical success as part of the The Coopers Malthouse resident artist initiative in Melbourne, a five city Canadian tour and a month in Edinburgh,Salvador Dinosaur Presents the ‘The Orchid and the Crow’ – a tragi-comedy about faith, sex, identity and ritual, created and performed by Daniel Tobias and directed by Christian Leavesley.

Reflecting on Daniel’s real life (and almost death) experiences, The Orchid and the Crow is a solo performance that features original songs from the award-winning writers of Otto & Astrid (Die Roten Punkte) – the lipstick-smeared, tantrum-loving, sonic collision that has gone down a storm at various Edinburgh and international Festivals.

At eight days old Daniel’s secular Jewish parents chose to have him circumcised. Having not read the fine print in the Old Testament, this unknowingly triggered God’s ongoing contract with the Hebrews. In return for following his rules, God promised to look after the Israelites.

At 29, Daniel is an atheist, single and living the life of a bohemian artist in Melbourne And lo, God was not pleased! Appalled with Daniel’s lifestyle choices, God makes an example of him and appears on earth to smite him with stage four testicular cancer. Stage five is death.

As Dan prepares for his upcoming treatment he is left in a spiritual vacuum. He is reaching for faith in something, but he’s certainly not going to find it in a deity who has already stolen one of his balls. Instead, Daniel finds salvation in an unlikely modern messiah, seven-time winner of the Tour de France and testicular cancer survivor Lance Armstrong.

Now of course, Armstrong is a fallen angel and after Daniel’s full recovery, he wonders – how many times will he be cheated by a God?

★★★★ "Before we start lauding the snappy comic delivery, endearing performance and fantastic music, we need to say this is an absolute must-see comedy simply by virtue of tackling religion and cancer without relying on cheap jokes or tastelessness. a fantastic, dramatic, hilarious show. See it." The Music

★★★★ 'It's confessional and works on a therapeutic level too, but damn if it isn't a riot of entertainment' Time Out, Melbourne

Salvador Dinosaur (SD) is the company that produces Die Roten Punkte (The Red Dots). This partnership is made up of producer/performers’ Clare Bartholomew and Daniel Tobias. They began in 2006 from a mutual desire to create, produce and tour theatre that is transforming, life affirming and entreating. To date SD has created four full -length shows featuring the characters Otto & Astrid Rot, squabbling siblings from their indie pop punk band, Die Roten Punkte, (DRP). Three of these shows are still in repertoire and all were performed internationally during 2014. SuperMusician, Kunst Rock (Art Rock) and Eurosmash! have been nominated and won numerous awards including; 10 Greenroom Award nominations, winning Best Production for SuperMusician in 2008 and Best Production for Eurosmash in 2014. Other awards include Total Theatre Award nomination (2009), TO&ST Cabaret Award nomination (Time Out Soho, London – 2013), Best Comedy – Victoria BC, Most Outstanding Show – Ottawa OT, Best Production – Montreal QC, Best in Fest – Winnipeg, MT and Most Outstanding Production at The London Fringe in 2015. In 2014 SD presented The Orchid and the Crow at the Malthouse Theatre, Melbourne. It has recently toured to 5 Canadian cities as well as the Edinburgh Fringe. 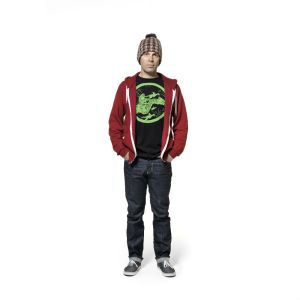